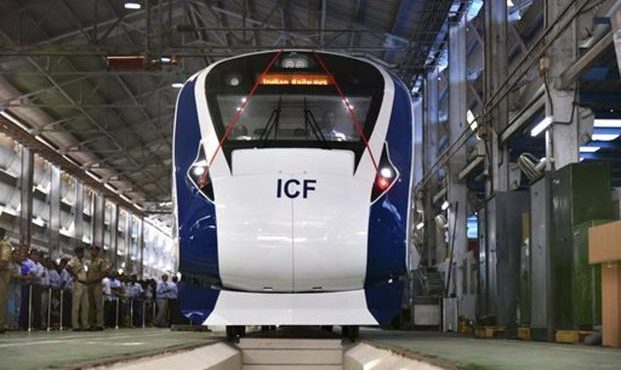 Railway Minister Piyush Goyal has announced that new fastest train will be launched soon in our country.

Speaking about this, he said that the first run of the train prepared under Prime Minister’s Mac India project would be run from Delhi to Varanasi.

He said the speed of ‘train 18’ speed would be double than the other trains, from Delhi to Varanasi reached at 8 hours. Piyush Goyal said that the Prime Minister will soon start this project train.