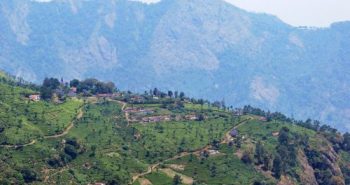 In Nilgiris, five tourists died due to a tragic car accident. Prior to the accident, unfortunate coincidences took place. Superintendent of Police D.Shanmuga Priya said vehicles from outside the Nilgiris were prohibited using the Kalhatti Ghat Road. Drivers wanting to visit the Mudumalai Tiger Reserve should not take the regular route as it is steep. However, on Monday morning, when the seven tourists left their hotel room, they reportedly passed the outpost just a few minutes before the first beat policemen arrived to man the outpost. “Furthermore, as it was a Monday morning, when there is usually very little traffic on the ghat road, there were no drivers along the route who could have noticed the accident,” she said. To prevent such accidents, police will be enforcing new measures after reviewal of sequences. “As an initial step, we would post police personnel at the outpost in Kalhatti 24 hours a day, seven days a week, and ensure that outstation vehicles are turned away,” she said. There are two other roads that would lead motorists to the ghat road. “We are going to station personnel along these two roads as well and stop traffic,” she said. She added that the ban on cars and freight vehicles from outside the Nilgiris descending the Kalhatti ghat road would be extended to two-wheelers too.