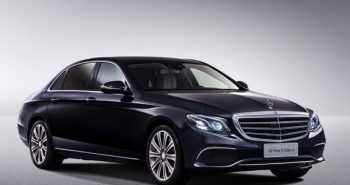 As per a report by Autocar India, the fifth generation of Mercedes-Benz E-Class L sedan (codename V213) will be introduced in India by March 2017. Globally the new generation sedan has been launched in many markets and the car will go on sale in the Indian market by March 2017.

The petrol powered E-Class is expected to carry the E300 badge and will be powered by a 2.0-litre turbocharged engine that cranks out 241.6bhp. Both the petrol and diesel engines will be paired with automatic gearboxes.

Prices for the new Mercedes E-Class LWB are expected to hover between Rs 55-70 lakh which is a Rs 5-10 lakh increase over the current model.