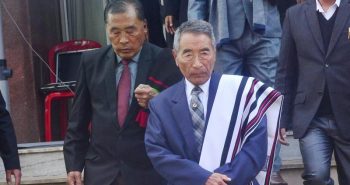 The new Chief Minister also appointed six MLAs as Advisor with the rank of a minister.