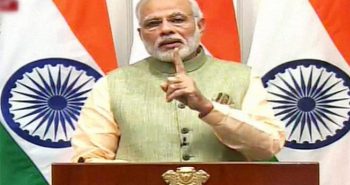 Wishing the nation a happy new year, Modi assured that his government’s efforts in 2017 would be to bring the banking system to normal at the earliest.

Announcing two new schemes under Pradhan Mantri Awaz Yojana (PMAY), he said 4% interest subvention on loans up to 9 lakh and 3% on loan up to 12 lakh. For construction or expansion of a rural houses, 3% interest will be waived on loan of up to 2 lakh.

From now onwards, up to 8% interest rate will be guaranteed on deposits of up to 7.5 lakh for 10 years for senior citizens.

To help maternity related issues, the prime minister announced a scheme, under which pregnant woman will be given ₹6,000 in their accounts across 650 districts for vaccination and other medical purposes.