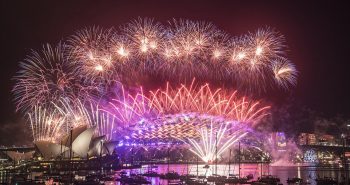 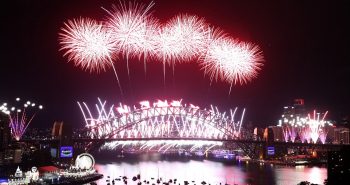 Australia rang in the New Year with a spectacular fireworks display in Sydney, sending rainbow-coloured showers into the night sky and defying the global terror attacks that cast a pall over 2016.

Around 1.5 million people packed Australia’s biggest city to watch as the seven tons of midnight fireworks erupted from Sydney Harbour Bridge, with the extravaganza beamed to television sets and phones across the world.

Two hours later, Japan ushered in 2017 in style, with thousands packing the streets of Tokyo and releasing balloons into the air in celebration of the new year.