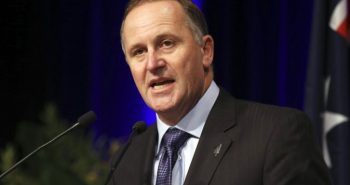 John Key has announced that he will resign as prime minister of New Zealand, after eight years in the job, citing family reasons.

Mr Key, a popular leader, said it was a personal decision, and later denied media reports his wife of 32 years, Bronagh, had given him an ultimatum.

“This is the hardest decision I’ve ever made and I don’t know what I’ll do next,” he told a news conference, adding that he had never seen himself as a career politician.

Deputy Prime Minister Bill English is likely to take over until the National party holds a caucus to choose a new leader.