Next, EC gears up for fight over Two Leaves symbol 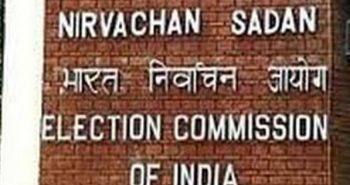 With the RK Nagar by polls cancelled, the focus of the two factions of the AIADMK will now shift back to Nirvachan Sadan, the headquarters of the Election Commission, in New Delhi where a bitter battle would be fought to reclaim the “magical” Two Leaves symbol that has been frozen.

The factions led by VK Sasikala and O. Panneerselvam have already begun burning the midnight oil to present affidavits and letters from party office bearers supporting their faction as the “original AIADMK” to the Election Commission before April 17. Having frozen the Two Leaves symbol that still holds sway over older generation of the AIADMK supporters, the Election Commission is gearing up for a detailed hearing of the case after which it will decide on who gets the symbol.

While the Sasikala camp says they have the support of 122 MLAs, 37 MPs and 95 per cent of the general council, the rival OPS camp questions the very appointment of Ms Sasikala as the general secretary saying she is not eligible to hold the post according to the AIADMK Constitution which was amended by late Jayalalithaa in 2007.

The OPS camp has gone a step ahead by submitting affidavits from office bearers at the ground level who have endorsed Mr Panneerselvam to take over the party and Two Leaves symbol be allotted to his faction.

“We have already submitted 7,000 affidavits with signature from lakhs of party men and office bearers at the ground level. We are planning to file a few thousand more affidavits from thousands of branch secretaries of the party across Tamil Nadu and in 6 other states where the AIADMK has party structure before the Election Commission,” ‘MaFoi’ K. Pandiarajan, key strategist of the OPS camp, told Deccan Chronicle.

Mr Pandiarajan explained that branch secretaries can also be counted as office bearers since they form the electorate that choose the general secretary of the party.

“So, we are targeting the branch secretaries by reaching out to them and explaining to them why the party should come into the hands of OPS,” Mr Pandiarajan explained.

However, AIADMK MP A. Navaneethakrishnan says the Sasikala camp is sure of getting the Two Leaves symbol since they believe in natural justice. “We have the support of 90 per cent of the elected representatives and the General Council. Why should we be scared of others? We will get the symbol for sure,” he said.