Next iPhones could shut thousands of companies 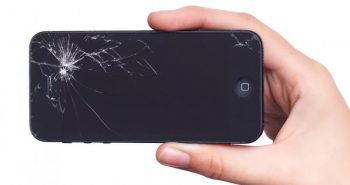 With the upcoming smartphones having massive design changes, There’s a very high possibilities of more than 15,000 companies shutting shop. The reason — sole repair and service only possible by the parent companies itself.

With Apple rumoured to be eliminating the home button completely and shifting the Touch ID sensor below the display, repairing the smartphone with respect to damage to the display will be only serviceable by Apple. Apple is also said to go ahead with a curved OLED display design for their future smartphones, which would shun thousands of repair and third-party service industries.

According to Motherboard, the move by Apple will hurt thousands of repair shops with lack of technology and spare parts, forcing them to shut shop ahead. The new patent by Apple shows a new display technology without the need of a dedicated sensor for reading fingerprints, which could be featured on the iPhone 8, or iPhone 9. The issue of third-party service centres unable to take charge of future iPhones could also stress the user and threaten the very concept of ownership. In case of a screen damage, Apple would be the only company who can service and replace the display and/or the Touch ID, which will make it difficult for third-party service companies to exist and also make repairing highly expensive for the user. In the United States alone could see the death of more than 15,000 independent smartphone repair companies that currently specialise in iPhone screen replacements. Apple also has a software lock in place that prevents unpaired or unauthorised spare parts to work together.

Apple also lobbying against the ‘right to repair’ policy for years, but there are around 8 states where the ‘right to repair’ policy is being considered. However, with Apple moving to a technology that will only allow their authorised service centres to do replacements, smaller smartphone repair businesses and companies will find it difficult to sustain in the market.

If you have managed to break your iPhone display, and if it is out of warranty, you would most probably step down to your local iPhone repair professional. He then replaces the display for a new or used display that would probably be salvaged from another phone or it could be an aftermarket product sourced from China. The new display could vary in quality and price, depending on where it was sourced from. However, with regards to the newer iPhones which have the fingerprint sensor, the technician will never replace the Touch ID button because the Touch ID is locked by a chip and will not work with any replacement part, original or aftermarket. The Touch Id is paired with the ‘Secure Enclave’ chip inside the phone, which stores the secure fingerprint data and passcodes that are encrypted. Replacing the ID is just not possible outside. If replaced, the Touch ID sensor will not function for security and will only serve as a Physical Home button. So the service centre will only be able to replace the display. Only official Apple Stores (not authorised service centres) have a special calibration machine that can replace the Touch ID with a new one by resetting the pairing between the Secure Enclave chip and Touch ID. This is because only Apple holds the secrets to their Secure Enclave chest.

In future, all Touch IDs will now be incorporated within the display itself. So replacing the display only will no longer be an option in future, forcing the user to head to Apple’s expensive service centres only for a repair/replacement. The newer Touch ID-incorporated displays will have to be recalibrated by Apple only.

Motherboard also reported that iFixit, a company and website that specialises and sells iPhone replacement parts, stated that around 15,000 companies have already signed up for its wholesale parts sale program. These companies will struggle to survive if Apple switches to the new Touch ID-incorporated displays.

“If Apple integrates a component that has cryptography on it into a critical repair failure component, then we’re going to have a problem,” Kyle Wiens, CEO of iFixit, told Motherboard. “A substantial number of people who have bought a smartphone have broken their screens. It’s a very common repair, and doing those repairs is a really important part of the economy.”

“You’ve got 15,000 repair shops across the country that are fixing these things,” he added. “If there’s a cryptographic element to fixing the glass, then our ability to do repairs could completely go away.”

If the Right To Repair legislation is passed, Apple will be forced to sell its calibration machines, which costs anywhere between $20,000 and $40,000.

Apple is seeing this as an opportunity to cut off the aftermarket service shops, which only has a one or two year window to survive.