Next to Trumph its Amir of Kuwait:- 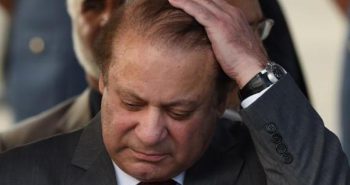 After Donald Trumph’s order to ban seven muslim majority countries on last Friday, now the amir of Kuwait also ordered that migrants from 5 major muslim nations which were banned not to apply visa, the five countries include “Syria, Iraq, Pakistan, Afghanistan and Iran.

By this Kuwait is the only nation to prohibit the entry of Syrian countries prior to Trumph’s executive action, Kuwait City had earlier issued a suspension of visas for all Syrians in 2011. In July  2016, Kuwait had foiled thee terror plots planned by the ISIS.

Several pre-emptive raids inside and outside Kuwait ended in the arrests of militants which the interior ministry had said belonged to “Daesh”. Daesh is the Arabic acronym for ISIS. In July 2015, the Gulf country, home to several US military bases, suffered its first ever