No irregularity by AAP govt: Jain on Shunglu panel report 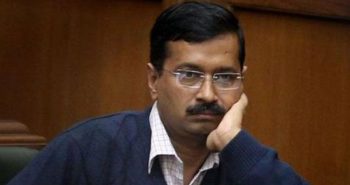 Delhi Minister Satyendar Jain on Thursday dismissed the Shunglu committee report as “mud-slinging” and said “no irregularity” has been committed by the AAP government.

He alleged that officers were forced to write “false notes” in the report.

The three-member committee, formed by the then Lt Governor Najeeb Jung, has pointed out “gross abuse of power” by the Arvind Kejriwal government.

“I have not seen the report, but as far as we are concerned, there is no illegality or irregularity… Our government has worked as per the Constitution in force till August 4, 2016. After that the High Court made some amendment to it,” Jain said.

He also rejected allegation on appointment of his daughter as “mission director” of Delhi State Health Mission, saying it was “all lies”. The approval for this appointment is made by the Centre, he added.

On the findings of the Committee, Jain alleged, “Officers were called by the LG, made to sit and write false notes in it under duress.”

The term of former Lt Governor Najeeb Jung had witnessed a continuous war of words between the LG Office and the Arvind Kejriwal government over several issues.

“This is all mud-slinging. In fact, probe should be done to find out why the files were suppressed for six months during Jung ‘saheb’s’ time. We had targeted 1,000 mohalla clinics by December 31, 2016 but, they sat on the files for six months,” he said.

The report which runs into over 100 pages deals with decisions, including appointment of certain individuals as advisors to the government, taken by Kejriwal and his Cabinet where it had no authority do so and without the LG’s concurrence.

Among other issues, the report raised questions on the government posting officers to the Anti-Corruption Branch, its decisions on transfer and appointments of officers, foreign travel undertaken by ministers without the LG’s sanction and appointment of lawyers.

Earlier Jung had said that Kejriwal may face “criminal charges” over irregularities found by the panel.