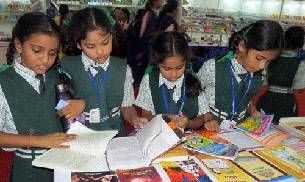 CBSE norms mandate that schools are run as community service and not as a business and that commercialisation does not take place in the school in any shape whatsoever.

In a bid to curb unethical practices being carried out at various schools, the Central Board of Secondary Education (CBSE), in a recent advisory, said action would be taken against schools that indulge in commercial activities such as selling books, uniforms and stationery items to school students.

According to CBSE, if any school does so in future, then it leads to violation of norms.

Reasons behind this notice:

This advisory comes in following complaints from parents and stakeholders regarding schools indulging in commercial activities by way of selling books and uniforms within the school premises or through selected vendors.

Here’s what the board says:

In a communication to the school, the board in a recent PTI report said, “The board has taken a serious view of the complaints and the schools are directed to desist from the unhealthy practice of coercing parents to buy text books, note books, stationary, uniforms, shoes, school bags etc from within the premise or from selected vendors only.”

“CBSE norms mandate that schools are run as community service and not as a business and that commercialisation does not take place in the school in any shape whatsoever. Educational institutions are not commercial establishments and their sole purpose is to provide quality education,” the report added.

Meanwhile, CBSE in the notice has also recalled directive to schools to stick to books published by the National Council of Educational Research and Training (NCERT).

Furthermore, the board also said it received complaints regarding the pressure exercised by schools on children and their parents to buy textbooks other than (that of) NCERT.

To take action in this regard, the CBSE had asked schools to raise the online indent for NCERT textbooks and more than 2,000 schools had participated in it.

Final year students must take their exams for sure: SC

“Status of NEET and JEE(main)”exams to be conducted or postponed?

Rajasthan 10th exams results out ; Maharashtra 10th result will be out tomorrow.