Nokia: Everything you need to know about its big comeback 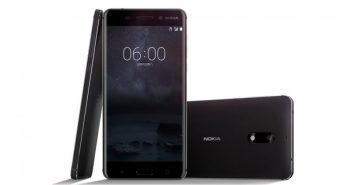 The Mobile World Congress 2017 is around the corner. Thousands of technology brands will make their presence felt in the world’s biggest mobile phone fair. However, many nostalgic tech aficionados will be mostly interested in Nokia’s big comeback. To refresh your memory, Nokia sold of its devices division to Microsoft in 2014. After the deal completion, the Finnish company Nokia retained the networking and advanced technologies business. Nokia phones as we know it became the part of Microsoft Mobiles. However, in a couple of years, the software-giant gave up on its Windows Phone ambitions. It has been over a year, since Microsoft launched a Lumia smartphone. This is where another Finnish company, HMD global came into the picture. From now on, HMD global will have exclusive rights to use Nokia name on its phones. Thanks to these developments, fans will finally get to see Nokia branded phones at the MWC 2017. The rumour has it that HMD will announce three to four phones in the Barcelona. So let us check out what seems to be in the stores:

This is definitely going to be a head-turner at the event. According to @Evleaks, HMD global would be reviving Nokia 3310 for the modern times. The 3310 has been known for its tough body and long battery life. There are hundreds of Internet memes that portray the Nokia 3310 invincible as Chuck Norris or Rajnikant. Little wonder then, that HMD global wants to use leverage on the 3310’s viral popularity. The company is expected to price this device under 70 euros (Rs 5,000). We are sure that many would like to pick it up as a back-up phone.

Announced back in January, HMD’s first Nokia branded smartphone was only meant for the Chinese market. The rumour has it that the Finnish company will use the MWC stage to announce the global availability of Nokia 6. To refresh memory, the Nokia 6 is made of solid block aluminium. It requires hours of metal milling process. The phone features a 5.5-inch Full HD curved glass screen. The Nokia 6 sports a 16-megapixel camera. For selfies, there’s an 8-megapixel front-facing snapper. The phone is powered by Qualcomm’s Snapdragon 430 chipset. You get 4GB RAM, 64GB internal storage, and a microSD card slot. Other features include 4G LTE, dual-SIM support, Wi-Fi, Bluetooth 4.1, A-GPS, fingerprint sensor, and 3000mAh battery. The device runs Android 7.0 Nougat out-of-the-box with Nokia’s custom UI on top. Currently, the Nokia 6 is priced at 1,699 yuan in China, which approximately comes around Rs 16,600.

If the Nokia 6 is too big for your liking, here’s good news. HMD Global is expected to announce Nokia 5 with a 5.2-inch screen. You can expect it to be powered by Qualcomm’s Snapdragon 430 chip. However, rumour mill suggests that Nokia might skimp in terms of RAM and internal storage. As opposed to Nokia 6’s 16-megapixel camera, the Nokia 5 may settle for a 13-megapixel module. For selfie-addicts, the phone will offer a 5-megapixel front-facing camera. Lastly, you can expect it to ship with Android 7.0 Nougat. HMD is likely to price the Nokia 5 slightly under Rs 15,000.

Along with two mid-range phone, HMD is expected to showcase an entry-level smartphone to take on the likes of Xiaomi and Le Eco. Likely to be named Nokia 3, this phone will be the least powerful member in Nokia’s MWC smartphone line-up. It is speculated that the phone will be powered by the entry-level Snapdragon 425 chipset. Rest of its specifications are likely to be similar to the Nokia 5. You can expect a 5.2-inch HD IPS (In Pane Switching) screen, 13-megapixel rear camera, 2GB RAM, and 16GB internal storage. Speculations suggest that the Nokia 3 will be priced around Rs 10,000.

Disclaimer: The views and opinions expressed in this article are solely those of the original author. These views and opinions do not necessarily represent those of Deccan Chronicle and/or other staff and contributors to this site. Ajinkya is a tech aficionado. Though he mostly writes about gadgets, he prefers things that guzzle gasoline more than those running on lithium-ion batteries. He is a features writer at Compareraja.in

MacBook Air 2021: Specs, features, and everything we know so far

Hawking was right: Black holes do not shrink over time, new study confirms