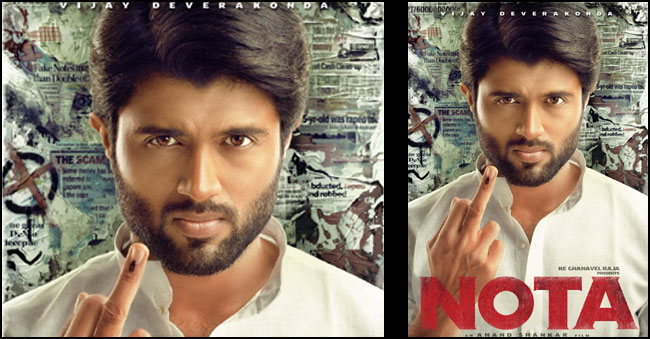 One of the hottest stars in south India at present, Telugu star Vijay Deverakonda is scaling peaks over the past one year post the astounding success of films namely Arjun Reddy and the recent Geetha Govindam.

Directed by Iru Mugan fame Anand Shankar under the Studio Green banner with music by Sam C. S., the NOTA trailer had been announced to be coming out today (06.09.2018) at 4PM.

Now, Studio Green has on their Twitter page announced that the NOTA trailer will be launched by actor Suriya at the stated time.

We are very happy to share you all that @Suriya_offl sir will be releasing the NOTA Tamil trailer today at 4PM !