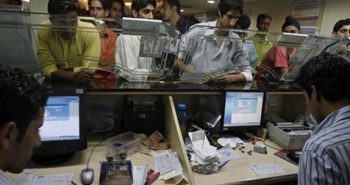 Demonetisation has significantly impacted credit demand and deposit growth of banks but had a mixed effect on asset quality in the third quarter of current fiscal, Moody’s Investors Service said today.

The cancellation of legal tender of 500 and 1,000 rupee notes has led to a slowdown in economic activity that weighed on demand for credit among companies and retail borrowers during the October-December quarter, it said.

“Demonetisation has significantly impacted credit demand and deposit growth but effect on asset quality has been mixed; retail payment systems have benefited. While commentary from the banks points to a rise in activity in January 2017, it is still below pre-demonetisation levels,” Moody’s said.

In its report, Moody’s said the slowdown in loan growth may also have been in part due to loan repayments using the demonetised currencies. Deposits at rated banks grew by 13 per cent year-on-year in the December quarter, from 6 per cent in the preceding quarter, but as cash availability increases and restrictions on withdrawals go, a moderation will occur, it said.

It also said that retail payment systems, such as card transactions and mobile wallets, saw a significant uptick in activity post-demonetisation, but “the transition to a cashless environment will take time”.

The government had on November 8, 2016, announced junking of 500 and 1,000 rupee notes, which accounted for 86 per cent of the currency in circulation. This led to a slowdown in economic activity and weighed on demand for credit among companies and retail borrowers during the December quarter.

“Banks have experienced significant inflows into their deposit base as customers deposit their existing holdings of the demonetised notes. However, we maintain our view that the level of bank deposits will increase by only around 1-2 per cent in the near-term, given the substantial role of cash in the Indian economy as a medium of transaction,” Moody’s said.

As on February 3 2017, total currency in circulation was around Rs 9.8 lakh crore, which is about 58 per cent of the level seen before demonetisation.

“The amount of currency in public circulation continues to increase steadily, indicating that the limiting factor is the supply of currency rather than the demand for it,” Moody’s added.

Government plans to set up bad bank structure by June 30

Top stocks to watch out for on June 23

Cryptocurrency Prices on June 23: Bitcoin back above $30k; Dogecoin surges 10%