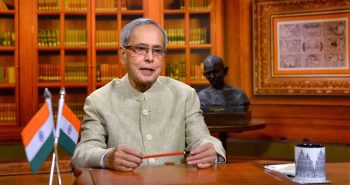 President Pranab Mukherjee said on Thursday that demonetization, while immobilising black money and fighting corruption, may lead to temporary slowdown of the economy.

“We all will have to be extra careful to alleviate the suffering of the poor which might become unavoidable for the expected progress in the long term,” he said, while delivering New Year Message to the Governors/Lt Governors through video conferencing from Rashtrapati Bhavan.  “While I appreciate the thrust on transition from entitlement approach to an entrepreneurial one for poverty alleviation, I am not too sure that the poor can wait that long,” Mukherjee said.

“They need to get succour here and now, so that they can also participate actively in the national march towards a future devoid of hunger, unemployment and exploitation,” the President said.