Nubia is ready to launch a photographer’s smartphone 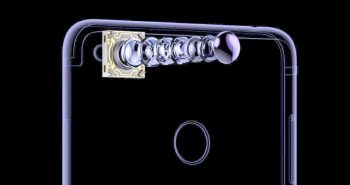 Smartphones today have been more than a mere communication device. More than just a hello, chat or internet surfing, the devices are getting smarter with high-end photo sensors on the rear panel.

While the top brands in the smartphone arena, such as Apple, Samsung, Nokia and Google have successfully shown that smartphone cameras are coming closer to DSLR-like productivity, other smartphone manufacturers are trying to accomplish the same task. OnePlus, Xiaomi, Vivo and OPPO are already gaining traction with camera-heavy smartphones on a budget, Nubia, another smartphone vendor, seems to crave for the limelight.

Nubia has announced that they are focussing on a new smartphone ahead, which is catered as a ‘photographer’s phone’. The new entrant boasts of a 23MP Sony IMX318 Exmor Rs sensor on the rear panel and a 13MP sensor on the front. The rear camera is said to have a 0.1 second rapid focussing mechanism with PDAF+ Contrast Focus and a Sapphire protective 6-piece Motor Drive lens with an aperture of f/2.0. As for the pictures shared by Nubia, it seems that the camera will have motion blur and light painting modes by default. This could mean that the phone’s camera app will sport manual controls over shutter speed and ISO, apart from a few more.

Nubia has not mentioned anything on the smartphone’s hardware front, but has revealed stated that the device will sport a bezel-less, sleek design.

The new smartphone is set to be launched on Holi. Stay tuned for more information as it comes by.