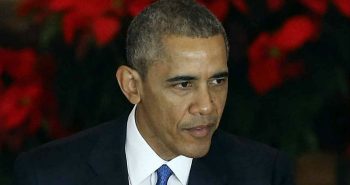 “The president will not be traveling to attend the funeral of Fidel Castro,” “Vice President Joe Biden will not fly to Cuba for the dictator’s funeral, either,” White House Press Secretary Josh Earnest said.

Obama has eased regulations on travel to and from the county and the transfer of goods. Only Congress can overturn the embargo, though, and it has provided no indications that it will do so.

President-elect Donald Trump said Monday that he will ‘terminate’ the deals that Obama made with the Cuba if the government, led by Raul Castro since 2008, is ‘unwilling to make a better deal for the Cuban people, the Cuban/American people and the U.S. as a whole.’

US must ‘greatly strengthen’ its nuclear capability: Trump