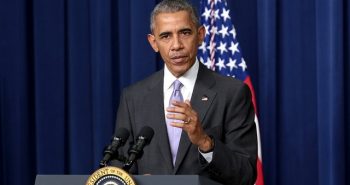 President Barack Obama says the United States will take action against Russia or any other foreign government in response to cyber interference with the  US presidential elections.

“I think there is no doubt that when any foreign government tries to impact the integrity of our elections … we need to take action.”

“And we will — at a time and place of our own choosing,” the president told National Public Radio in an interview to be broadcast Friday morning.

He says he’s spoken directly to Russian President Vladimir Putin about his feelings about the hacking.

U.S. intelligence officials have concluded that hackers working for Russia hacked into the Democratic National Committee’s computer network, as well as the private email of John Podesta, a top adviser to Democratic presidential nominee Hillary Clinton.