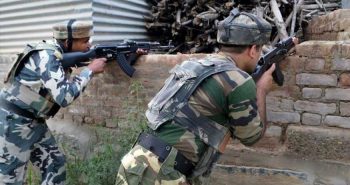 One terrorist was killed in an encounter that broke out between security forces and terrorists in the early hours of Tuesday in Jammu and Kashmir’s Baramullah district .

Security personnel recovered arms and ammunition from the militant, who was believed to have been hiding along with another attacker in the Haritar Tarzoo area of the region.

This attack comes less than a week after a similar encounter happened in Shahgund Hajin in Bandipora district in the state.

A search operation is underway to sanitise the area.