Only black women in the world to give birth to two white babies:- 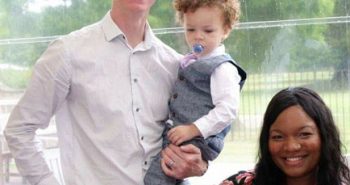 She said “When Jonah was born, a genetic specialist said he was a one-in-a-million baby. He said it was extraordinary with my African background that I”d had a child with blue eyes and pale skin. “He calculated the possibility of it happening again was less than one in a million.

“So when Sophia was born with white skin and blue eyes I was more than taken back with shock. It seems the odds of it happening twice are millions-to-one. No-one has heard of a black mum having two white babies one after the other.”While husband Richard, 37, an engineer, is completely white, the couple from Milton Keynes, Buckinghamshire thought their second child would be much darker than their first.