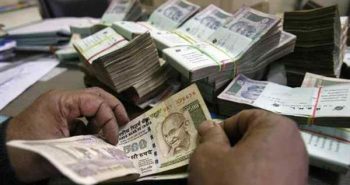 The crucial cabinet meeting of the Union Government on Wednesday approved an ordinance that would end the government’s and the RBI’s liability on demonetised notes after the end of the March 31, 2017 deadline, according to reports. After December 30, the banned notes could be deposited only through RBI-specified windows. ANI quoted sources as saying that name of the ordinance is ‘The Specified Bank Notes Cessation of Liabilities Ordinance’.

According to the ‘Specified Bank Notes Cessation of Liabilities Ordinance’, persons holding more than ten notes of the old high-denomination units after March 31, 2017, would face a fine of Rs 50,000.

The government had set a December 30 deadline to deposit old cash. It is likely that the current caps on withdrawal of currency notes will be eased to Rs 4,000 from the current Rs 2,000.