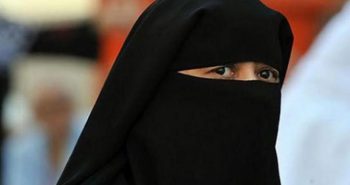 Pakistan turning a deaf ear and going cold turkey in dealing with China’s repression unleashed on its Muslim community is nothing short of alarming, as even the state media besides the Nawaz Sharif-led government is looking at this development the other way according to an analysis in the Kashmir Images.

Jihadis like Hafiz Saeed, who preach extensively on protecting the interests of Muslims, are equally confounded with this development, even though deep down they know that Islamabad will not take any step against China, its corporate ally, says the hard hitting report in the Kashmir Images.

The Muslim community in China was already facing a tough time under the iron fist of the Communist regime for decades, but their woes have soared after some Uighur Muslims decided to take on Beijing’s diktats on their religious beliefs and traditions.

It all began with the Chinese changing the demography of Xinjiang by settling non-Muslim Chinese from the mainland and then beginning to brutally repress slivers of protests from the local Muslim communities, all in the name of anti-terrorism.

Pakistan, which has deemed itself as the self-acclaimed torch-bearer of Islam, has throughout this ordeal not only looked the other way but also embraced China’s crimes.

China, an expert in spinning yards about granting religious freedom to the minorities in the country, has been brutally suppressing the traditional beliefs, practices and traditions of the Muslims.

Despite Beijing justifying its barbarism as necessary for countering terrorism, various human rights groups have blamed China for creating an atmosphere of fear and betrayal, often resulting in eruptions of violence in Xinjiang.

The crackdowns on the peaceful Muslim communities in Xinjiang have invited the wrath of several countries and international organisations including the human rights groups, who have condemned Beijing’s actions. However, Pakistan has conveniently been silent on the brutal killing of Muslims in Xinjiang.

Meanwhile, Beijing has come out with a list of new diktats for Muslims in Xinjiang, which includes keep smaller beards, not wearing veils in public places and refusal to watch state television.

The new rules, which came into effect from April 1 this year, have given powers to the government employees to stop anyone wearing a veil or sporting a long beard from entering any public space, including railway stations, bus depots and airports.

The police have been given the authority to either force these “offenders” to take off their veils or trim their beards or lock them up.

Similar cruel punishments await those who “reject or refuse radio, television and other public facilities and services”.

The shockers don’t end there. The Muslims also cannot marry as per their religious traditions and customs and will have to submit themselves to the Chinese courts and marriage registrars.

The Muslim parents have to follow another set of rules for themselves and their children which state: “Parents should use good moral conduct to influence their children, educate them to revere science, pursue culture, uphold ethnic unity and refuse and oppose extremism”. The Muslim children cannot go to a madrasa but a regular school and cannot be allowed “abnormal growing of beards.”

But what stands as the most bizarre order is that thrice a day in Kashgar, the capital city of Xinjiang, every Muslim trader must rush out into the street with a government-issued wooden club on hearing a hooter to fight terrorism.

The Muslim traders then fight off imaginary terrorists in the streets with the clubs, which is monitored by the Chinese policemen in armoured vehicles.

The Chinese Police is literally everywhere, as Beijing has set up thousands of police stations across the province.

The Muslims are also compelled to attend a weekly flag-raising ceremony where they are required to pledge loyalty to the Chinese flag and denounce religious extremism.

The example for the above diktat was witnessed by the scribes in Hotan, where more than 1,000 people filed into an open-air basketball court where the Communist Party officials checked their names against an attendance list and inspected their dress and appearance.

It is a matter of shame and concern that the international community has not chosen to at least condemn the Chinese authorities for these blatant human rights violations.

It is nothing short of incredulous that China has dodged the world’s eyes over their regressive rules for the Muslims. While the international community is yet to wake up and condemn Beijing for these blatant human rights violations, Pakistan’s silence in the matter echoes across the world.