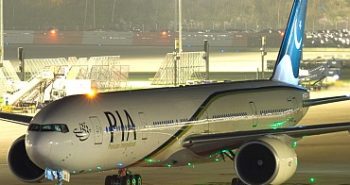 A passenger plane crashed into a steep hillside Wednesday in northern Pakistan, killing all 48 people on board, including one of the country’s most famous recording artists.

A senior Pakistan International Airlines official told NBC News that that one of the engines on the plane had developed a technical fault.

The plane was carrying 42 passengers, five crew members and a ground engineer, airline officials said. Pakistan’s Civil Aviation Authority confirmed that there were no survivors.

Their bodies have been recovered by authorities, but the fiery crash has caused additional issues for investigators.

At 4:14 p.m. we received a call from the pilot at Islamabad airport control tower informing us that he lost control over one of the two engines of the plane. We told him to land at the runway once his vision is clear, but at 4:16 p.m. (1116 GMT) we lost the contact with him,” PIA Chairman Saigol said.

Prime Minister Nawaz Sharif expressed sorrow over the incident and directed the National Disaster Management Authority to mobilize all the resources to facilitate the relatives of the crash victims.

The authority has formed an emergency desk at the Abbottabad hospital to provide information about the victims.