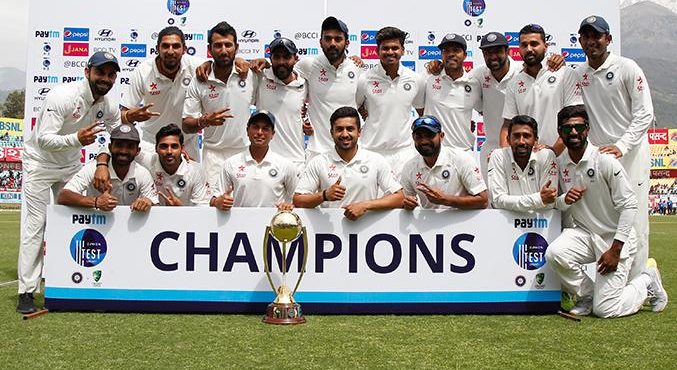 The Indian team, who faced Australia in its own soil, capture the Test series for the first time.

Fourth and final test were held on Sydney stadium, this test match was washed out due to rain. India beat Australia by 2-1 in 4 match series.