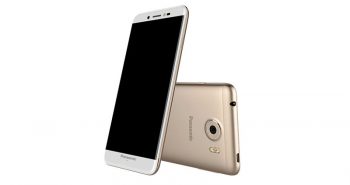 Panasonic has been selling smartphones in India since 2013 and on Wednesday it launched the new P88 in the country.

The handset features a 5.3-inch IPS display with an HD 1280×720 resolution.The smartphone is powered by 1.25 GHz quad-core processor paired up with 2GB of RAM, has 16GB of internal memory expandable up to 128GB and runs on Android 6.0 Marshmallow operating system.