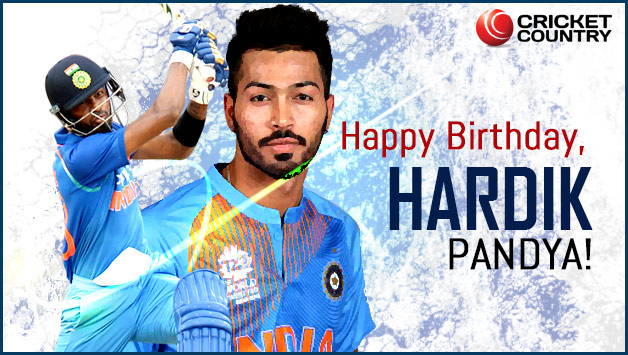 Hardik Pandya turned 25 on Thursday with wishes pouring in on Twitter for the India all-rounder. Pandya himself took to the social media platform to introduce fans to his “new Bentley”.

Pandya is currently enjoying some downtime, having been left of the India squad for the two-match Test series against the Windies due to an injury.In a media statement, the BCCI had said that both Ishant Sharma and Hardik Pandya were not considered for selection (for the Windies Tests) as they had not recovered from their injuries.

It was later revealed that Pandya suffered an acute lower back spasm during the match at the Dubai International Cricket Stadium. He was visibly in pain and had to be stretchered off the field. The incident took place in the 18th over (17.5) when he missed his footing on his follow-through.

My new Bentley.. Sustainable, environmentally friendly, runs only on love.. Welcome to the family Bentley Pandya. We shall share our birthday now ❤️ pic.twitter.com/SyL3sbGVP7