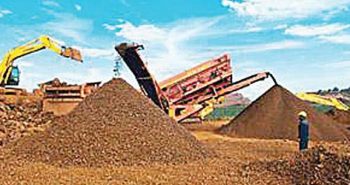 The government today said the panel on iron ore pricing will submit its recommendations by the month-end. The government is also likely to finalise the National Steel Policy by next month.

“I have formed the committee (on iron ore pricing) and I am waiting for the report,” Steel Minister Chaudhary Birender Singh told reporters here. The panel which is headed by Steel Additional Secretary will come out with its recommendations before the finalisation of the steel policy, he said.

Asserting that there should not be much fluctuation in the prices of iron ore, Singh said: “We also want (the iron prices) to be competitive.”

When asked whether the government wants to put a cap on the iron ore prices as it does not want the raw material used for steel making to be that volatile, the minister said: “…the committee would come out with the recommendations. What recommendation IT would give I don’t know but the panel is on the job.”

An official had in February said that the government is working on a policy initiative to ensure the availability of iron ore at a cheaper price and will soon come out with details.

“What policy steps we need to take to ensure that iron ore is plentifully and cheaply available is something which we are working on and there could be various formulations to that,” an official privy to the development had earlier said.

“We are examining those and hopefully in a month or so we would be able to say that these are the recommendations,” the official had said.

NMDC is the country’s single-largest iron ore producer. Singh had earlier said an expert group that will be formed by the government to study sale of iron ore by NMDC which will also analyse the mining giant’s ore pricing and auction