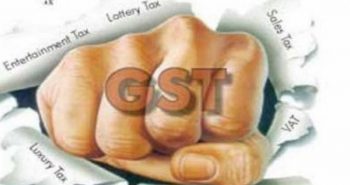 The four key legislations related to the Goods and Services Tax are circulated in Parliament for discussion today. The House has allotted seven hours for holding a talk on crucial bills that seek to trigger biggest tax reforms ever.

All the GST laws have been clubbed together and are being presented as Money Bill that does not necessarily require approval from Rajya Sabha. Lok Sabha is not bound by any law to include amendments in a Money Bill proposed by the upper house of the Parliament.

Here are 10 facts that you should know what these four GST bills have in store for India’s tax paying populace.

1) The government wants to put the Goods and Services Tax law into effect from July 1, a deadline that has been revised from the earlier deadline of April 1. Deadline was revised due to some differences between the Centre and the States over sharing of powers and revenues.

2) The pan-India tax regime will subsume all central and state levies. Central GST will merge central excises, customs, central sales tax etc into itself. Apart from that the State GST will subsume state Value Added Tax and other state levies.

3) According to NDTV, the Goods and Services Tax (Compensation to States) Bill provides for several provisions defining contours of sharing of revenues between the Centre and the States for loss of revenue.

4) The Central GST will allow the Union government to impose and collect taxes on both goods and services within a state. CGST is the main bill that the Parliament is debating today.

5) GST Council at its 12th meeting had incorporate a peak rate of 40 per cent. This peak rate has been included only as an enabling provision so that the government does not need to approach Parliament for a rate change in future.

6) GST also defines how the e-commerce companies will be taxed under the new indirect tax regime. These online players will be brought under the tax collected at source (TCS) bracket which will not be more than 1 per cent.

7) A tax rate of not exceeding 1 per cent has been mooted under GST for small businesses whose annual turnover is up to Rs 50 lakh. Apart from that for suppliers a 2.5 per cent tax rate has been prescribed.

8) The GST laws provide for arrest, seizure of assets. Tax Commissioners have been empowered with more enabling provisions and they can detect cases related to any tax evasion and concealing of any information.

9) An anti-profiteering clause has also been incorporated in the GST laws. The clause backs setting up of an authority to examine input tax credit availed by taxpayers, NDTV reported.

10) After the Parliament passes the CGST, IGST, Union Territory GST and Compensation GST, all the states will be required to pass State GST bills so as to enable them to start levying the tax from July 1.