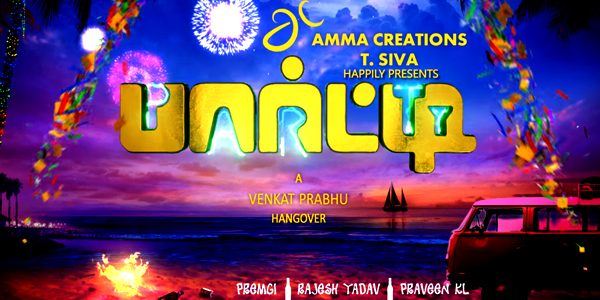 Party is an upcoming youthful entertainer directed by Venkat Prabhu. It is a big multi-starrer flick with many popular actors and actresses.

Music is scored by filmmaker VP’s brother Premgi Amaran. The first single ‘Cha Cha Charey’ that came out a couple of months ago became a viral hit, which was sung by actors Suriya and Karthi.

Announcement from the team now out stating a song titled ‘Thaen Pudhu Thaen’ sung by G.V.Prakash and his wife Saindhavi, and penned by Gangai Amaran will be out on September 13, on the auspicious occasion of Vinayagar Chathurthi at 9AM.