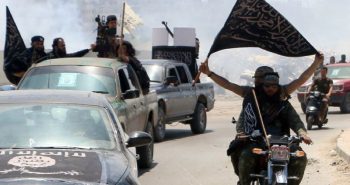 “He had ties to terrorist groups operating throughout Southwest Asia, including groups responsible for attacking US and coalition forces in Afghanistan and those plotting to attack the West,” Cook said.

The successful airstrike “demonstrates continued U.S. determination to target al-Qaida leaders wherever they pose a threat to the U.S., our allies and interests,” Cook said.

Al-Masri was an Egyptian who originally joined Al-Qaeda in Afghanistan and later moved to its Syrian affiliate, he added.