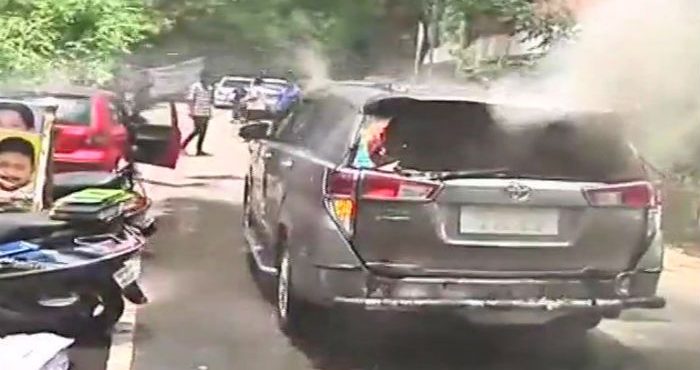 At the time of the election, the political parties have been firing and throwing gasoline at home in DMK leader house near Tambaram this morning.

There were reports that three of the mysterious personalities were carrying CCTV footage in the home of DMK residents and the police are investigating these scenes.

The first phase of the inquiry revealed that the DMK leaders’s car was damaged in the gas leak incident.