As many as 25,000 petrol pumps in some parts of country will shut shops starting May 14 every Sunday, according to a report in Business Standard.

The call by petrol pumps under the umbrella of Consortium of Indian Petroleum Dealers was seen as in line with Prime Minister Narendra Modi’s push for a less fuel consumption regime. 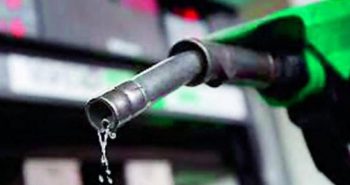 However, the report adds the decision might be a pressure tactics employed by these dealers for getting a hike in commission on fuel sale.

Consortium of Indian Petroleum Dealers claims it has some 25,000 petrol pumps in parts of Maharashtra and some pockets of southern India.

Interestingly the All India Petroleum Dealers’ Association has distanced itself from the announcement and said that it was not part of the agitation.

Earlier, the CIPD has raised its demand for a hike in commission on fuel sales. The government has still not taken any decision on the demand, but it is now expected that it will accelerate their procedure to redress appeal.

“Except for emergency services like ambulance, fuel will not be available for other vehicles on Sundays,” Business Standard quoted CIPD president A D Sathyanarayan as saying. The association is also considering eight-hour working days from May, he added.