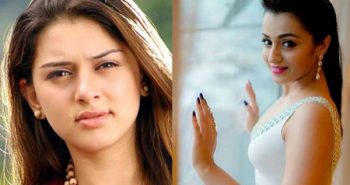 The phones of Actresses Trisha and Hansika seem to have been hacked by some miscreants.

Trisha wrote on Twitter, “My tweeps and friends who know my number, pls WhatsApp yours and your name coz a certain jobless coward hacked and wiped my phone clean”.

Soon after Trisha tweeted this message, Hansika too responded saying,  “And the same has happened to me !!! Grr. Guys please revert with your name at the end of your text”.

It looks like Trisha has apparently filed a complaint with cyber crime officials to deal with the issue.