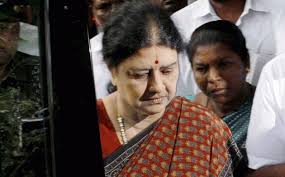 Moving the suit on behalf of Sasikala Pushpa and her husband Lingeswara Thilagan, senior advocate K.M. Vijayan said, “The primary eligibility to contest the election for the General Secretary is that the contestant must have been a primary member of the party continuously for five years. Ms. Sasikala was expelled from the party by the then general secretary Jayalalithaa in December 2011. It was only in March 2012 she was again given the primary membership. So far, she has not completed the mandated five years, and hence, is ineligible to contest.”

The court has sought reply from Sasikala Natarajan and the party before December 21.