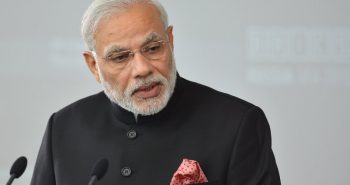 Prime Minister Narendra Modi on Tuesday asked BJP  MPs, Ministers and MLAs submit their bank account statements for the period from November 8, the day he announced the demonetisation, to December 31, to the party chief Amit Shah by January 1 next year.

Sources quoted Modi as saying, I will not allow the country to be weighed down by wads of currency notes (black money).” The amendment is not for turning black money into white but to spend the money looted from the poor on their welfare”.

Later in the day, the Taxation Laws (Second Amendment) Bill, 2016, bringing in the Pradhan Mantri Garib Kalyan Yojana, was passed in the Lok Sabha amidst strong protests by the Opposition. Under it, undisclosed income can be declared with a 30 per cent tax, a penalty of 10 per cent, and a surcharge of 33 per cent of tax. Besides this, 25 per cent of declared income will have to be kept in an interest-free deposit scheme for four years.

Parliamentary Affairs Minister Ananth Kumar told reporters that the bill is part of his Government’s fight against black money.
A part of the tax collected on the money deposited under this scheme will be spent on electricity, roads, toilets and education among other welfare measures.