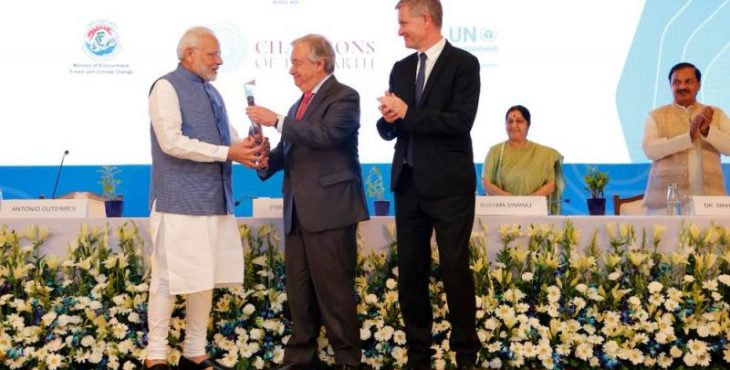 PM Modi was selected in the leadership category for his pioneering work in championing the International Solar Alliance and for his unprecedented pledge to eliminate all single-use plastic in India by 2022, a statement said

Apart from Modi, French President Emmanuel Macron has also been named as the recipient of the prestigious award. The award was announced on September 26 on the sidelines of 73rd UN General Assembly in New York.