Pokémon Go will finally get second generation Pokémon this week:- 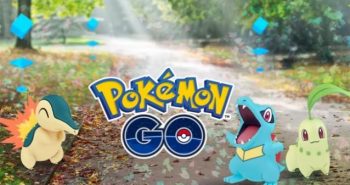 Trainers! We finally have the news that you have been waiting for. Pokémon Go will be getting new Pokémon starting this week. It has taken Niantic quite some time bring them in, but in an official announcement the game’s developer announced that around 80 new monsters will be available in the coming few days.

A few ‘baby’ Pokémon from the second generation were released earlier and they could be hatched through eggs, but now we will finally get to see Pokémon like Chikorita, Cyndaquil, Totodile and many more from the Johto region.

This also means that a few Pokémon like Onix and hopefully Scyther from the first generation will get evolutions. Apart from the new monsters, we will also see “new encounter gameplay” and two new types of berries to help you catch them easily. Other features include new outfit options to add to your trainer avatar and more importantly, new evolution items to evolve certain Pokémon.