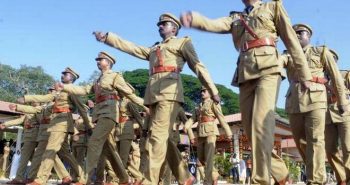 In Kochi to replace the concept of conventional law enforcement with a nuanced form of policing ,in  Thrissur the Kerala Police Academy (KPA)has launched an ambitious programme to upgrade the institution into a state- of –the- art training facility.  For Rs.3 crore the project titled ‘E –Academy’ is being implemented.  Mr.K.Padmakumar  Additional Director General of Police and Director General of Police and Director of the Training school addressed the media.  He said the examination and submission of assignments would be made online .  The E-Academy would have wi-fi facilities and IP cameras on the campus,smart classrooms and digitized library.  The training  programme will also include various crime scenes ,audio-video interfaces,modules of soft skill development and engagement with social media he added.  “The training in report writing aims at avoiding slip-ups when exposed to courts, while modules on soft skill development will bring in a change from hyper-aggressive policing that harms individuals and undermines communities’ ability to trust the police” the ADGP said.  By March the first phase of E-Academy will be set in motion.  Within a year the entire  programme will be implemented.  The project will focus on the use of technology in crime prevention and investigations.  ’Law in motion’ is the new module introduced by the  academy  after holding a brainstorminig session with at team of 25 experts which aims to offer practical training in the use  of law.  At present the institute accommodates 830 trainee officers including 270 sub-inspector trainees and 40 women  officers.