Politics in TN different now than when Jaya, Karuna were in power: BJP 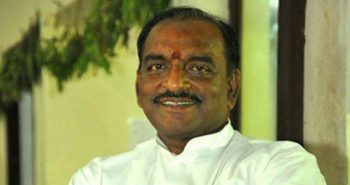 Union Minister and Bharatiya Janata Party (BJP) leader Pon Radhakrishnan on Monday said the political situation in Tamil Nadu now was completely different from that when DMK president M Karunanidhi and late AIADMK leader J Jayalalithaa were at the helm of affairs.

“The political situation in Tamil Nadu is now completely different compared to the era when DMK leader M Karunanidhi and late AIADMK leader Jayalalithaa were at the helm of affairs,” he told reporters in Nagercoil, without elaborating.

He said present-day political leaders like DMK working president M K Stalin would be “cornered” by the people of Tamil Nadu for “betraying” their interests.

To a question on the hydrocarbon project at Tirunelveli in Tamil Nadu, which is being opposed by farmers and environmentalists, he said the Union government was at present conducting only a feasibility survey.

“People should not blindly oppose the project without ascertaining whether it would be beneficial or not,” he said.

He assured that the Centre would not implement any project that affects the livelihood of farmers of the state.

Radhakrishnan recalled the opposition to the Kudankulam Nuclear Power Project and said if it had not been implemented on time, Tamil Nadu would have experienced severe power cuts affecting one and all.

On the Cavuery river water dispute, he blamed the DMK for not taking any steps to build check dams across Cauvery while in power and now slamming Karnataka for its plans to do so across the river in that state.