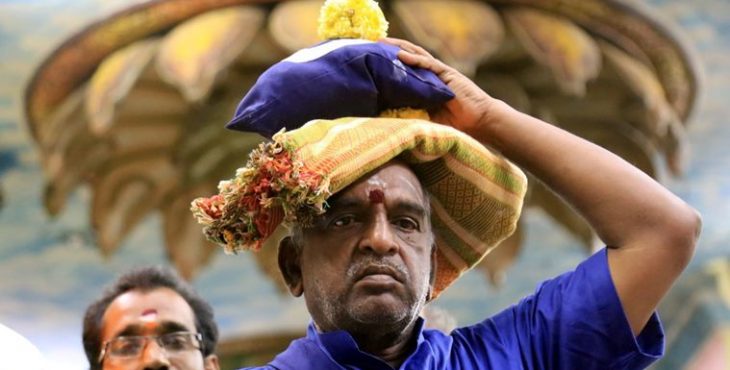 Pon Radhakrishnan went to Sabarimala, was stopped by the police in Nilakkal area. Following this, the police had argument with the Minister,Radhakrishnan.

A large number of police have been deployed at the Nilakkal bus stand in Kerala State for Sabarimala issue. Some women are trying to go there after a Supreme Court decision to allow women of all ages in Sabarimala Ayyappan temple.

Devotees coming from Sabarimala are not allowed to go directly Pambai, but they have been sent to Nilakkal where pilgrims are allowed to go by bus. A large number of policemen have been deployed in the nilakkal area to prevent further disruptions.