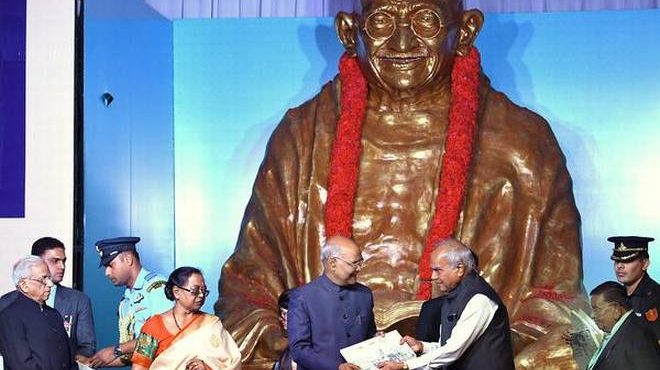 Chennai: President Ramnath Govind said that knowing or learning other languages ​​would be a cause for cultural exchange. On the occasion of the 100th anniversary of the Hindi campaign of Chennai.

President was opened the statue of Mahatma Gandhi and then spoke in Tamil, Hindi and English in 3 languages.

President says knowing the language of another state or region is an asset and opens a window to a new culture. Mahatma Gandhi founded our nationalist chauvinist Sabah for this Tashinabharat. It’s been 100 years old today.