Priyanka Gandhi took selfie in election rally at UP 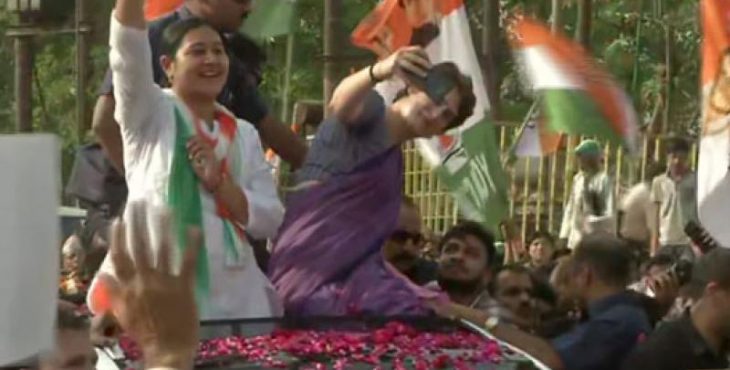 Priyanka Gandhi, sister of Congress leader Rahul Gandhi, recently reported that she was refreshing to the Congress party, as she suddenly jumped into politics.

Priyanka Gandhi, who was campaigning yesterday in support of Congress candidate Dolly Sharma in Ghaziabad at Uttar Pradesh, welcomed with a storm of flowers.