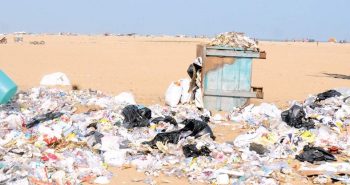 The protest at Marina beach in Chennai against the ban on jallikattu was nearly seven days, corporation officials reported that 413 tones of garbage was left behind. There are 1,473 sanitary workers were at work in day and night shifts, to clean up the beach after the protests.

Last week, as several thousand demonstrators gathered at the beach, garbage and plastic waste like food packets, water bottles among other things were also being consumed at a rapid rate. However, many students and volunteers were seen stepping in, to help clear the trash by collecting it and putting it in one section of the beach.

Around 40 to 45 garbage bags and sacks were arranged at the time so that the trash could be collected for disposal. Officials said that while the students’ action of collecting trash did help to an extent, there was still a massive amount of trash remaining at the end of the protest.