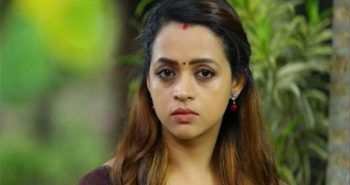 Pulsar Suni, the prime accused in the molestation case of a popular Malayalam actor, surrendered himself before the CJM court in Kochi on Thursday. Suni was taken into police custody when he reached the court to surrender himself.

The incident took place last Friday night when the actress was travelling to Kochi from her house in Thrissur. Pulsar Suni is accused of masterminding the attack along with his associates.

Suni’s gang followed her in a tempo traveller and hit her vehicle from behind when it reached Athani near Nedumbassery.

The gang members forcefully entered her car and assaulted her inside the moving vehicle over the next three hours. They clicked her semi-nude pictures and recorded videos as the car was driven around Kochi. Finally, the attackers left her in the car near Padamughal and escaped in the tempo that was trailing behind.

The Kerala police, that had been investigating the assault and molestation of the actress, had taken a person into custody on Wednesday from a flat that is believed to belong to a young actor-director from the industry.

The detainee is believed to have been one of the gang members, who attacked the actress in a moving car in Kochi. If the detainee is affirmed to be linked to the case, the Police will arrest the owner of the flat.

The development has put more suspicion on the Malayalam film industries involvement in the crime, since the Police have also found out that a person from the actress’ film unit had leaked her itinerary to the goons.

A prominent Mollywood actor had also been interrogated by the police in association with the case. Four people from the actress’ latest film unit are reportedly under the Police’s scanner.