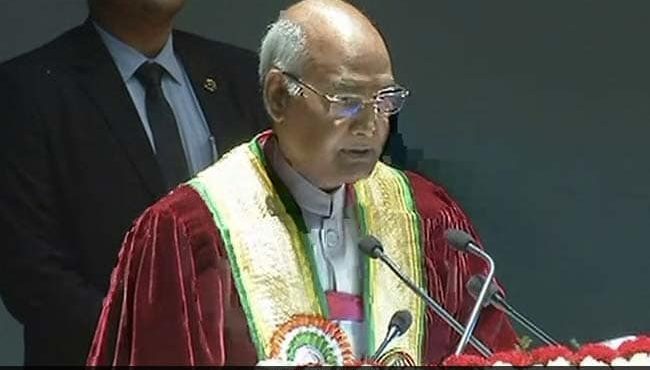 President Ramnath Kovind addresses 15th convocation of Symbiosis International University in Pune; says India has a massive network of 903 universities and 39,050 colleges. The challenge is in attaining world-class excellence across the spectrum

The story of modern India owes much to the progressive ideas that have flowed from Pune, and for which our nation is truly appreciative. The intellectual culture of the city had a profound influence upon Mahatma Gandhi

It was in Pune that in 1848 Mahatma Jyotiba Phule and Savitribai Phule opened the first modern school in India exclusively for girls. It was in Pune that Justice M.G. Ranade and others set up the Maharashtra Girls Education Society in the 19th century

These were nation builders who fought for political independence from imperial rule and also for an Indian society free of discrimination on the basis of caste, gender or any other marker. For each of them, the spread of education was non-negotiable #PresidentKovind