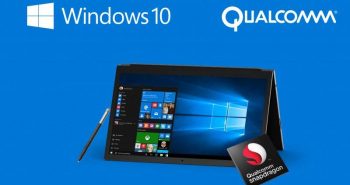 Microsoft announced a partnership with Qualcomm this week at its WinHEC event in Shenzhen, China.

Through the collaboration, the companies aim to encourage hardware partners to develop Qualcomm Snapdragon-powered Window 10 devices that run x86 Win32 and universal Windows apps. In addition to Microsoft’s own productivity applications, such as Microsoft Office, they could include third-party programs such as Adobe Photoshop, as well as Windows games, which are developed by numerous companies.

For the first time ever, our customers will be able to experience the Windows they know with all the apps, peripherals and enterprise capabilities they require, on a truly mobile, power efficient, always-connected cellular PC,” said Terry Myerson, executive vice president of Microsoft’s Windows and Devices Group, in a Dec. 7 announcement.