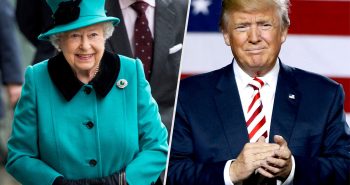 The British government is planning to use Queen Elizabeth II as a “secret weapon” to invite US President-elect Donald Trump to Buckingham Palace in the first half of 2017 to bolster US-UK ties, a news report claimed on Sunday.

Ministers believe the Queen is their “secret weapon” and British Prime Minister Theresa May will use the state visit to help strengthen the “special relationship” between Britain and the US, ‘The Sunday Times‘ reports.

A formal invitation is expected in January, shortly after Trump is inagurated, The Times reported, and the meeting would likely occur in June or July.

He also has spoken with UK Prime Minister Theresa May, whom the President-elect has already invited to the U.S., for an official visit, according to the British Embassy.