Raghava Lawrence: Jallikattu issue gave me a lot of pain and experience 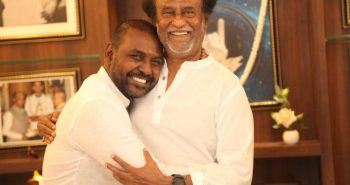 A section of people has been constantly criticizing Raghava Lawrence support for Jallikattu and other issues as promotional gimmicks to promote his films. Lawrence has now issued a statement saying that post-Jallikattu issue, he has been receiving a lot of problems.

“Speaking from my heart – I have not been sharing much of my pain with all of you. I have never done that before. But I need to say that after Jallikattu issue, I have faced a lot of problems. I am aware of people who are creating these issues for me and I am not scared of these difficulties.I will face whatever happens.

Jallikattu issue has given me a lot of pain and experience”, said Lawrence, who also recalled how Rajinikanth and Super Subbarayan had helped him in his tough times. Lawrence added: “When I was all alone trying to make a living and struggling to come up in life, when no one in this world was by my side – it was fight master Super Subburayan sir and Superstar Rajinikanth sir who helped and supported me to enter into cinema.Even now, when I am facing a lot of difficulties after the release of Motta Siva Ketta Siva – it is the same Superstar who hugged me like a child and showed his unconditional love and support.

He knows me well and I know him well. He is my guru”. The actor also thanked his fans for providing a good opening for Motta Shiva ketta Shiva, “I sincerely thank all my fans for making Motta Siva Ketta Siva a Hit. In the midst of so many problems, exams, and such likes, people have made it a hit movie. I thank them all for that”.