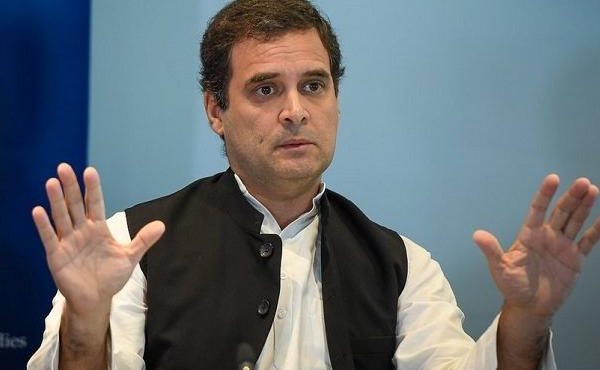 Firing a fresh salvo at Prime Minister Narendra Modi over the Rafale deal, Congress president Rahul Gandhi alleged on Thursday that he was a “corrupt man” who helped Anil Ambani pocket Rs 30,000 crore in the purchase of the fighter aircraft.

The Congress president also described Defence Minister Nirmala Sitharaman’s trip to France as part of a “huge cover-up” by the government.Gandhi demanded an investigation against the Prime Minister.

His attack at the government came at a press conference following a report in the French media that Dassault Aviation, the manufacturer of Rafale, had to choose Ambani’s firm Reliance Defence as its offsets partner in India as a trade-off for getting the deal.